Labor-Management Relations at BART: Weathering a Storm of Their Own Making 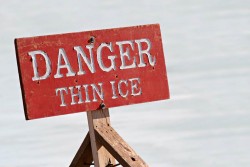 We didn’t want to be right.

In the Autumn edition of \org\ INK, Overland’s e-newsletter, we included a Fall Forecast that predicted “Stormy Times Ahead for BART, SEIU & Amalgamated Transit Union.” And even as we asserted that the parties would eventually reach a contractual agreement (despite seven months of tortured negotiations, two strikes and a governor-mandated cooling off period), we called for them to resist the automatic reaction to return to status quo and instead get busy pursuing a different path that would enable them to work together between contract negotiations to find creative solutions to the problems dividing them. Now, due to the state of labor-management relations at BART, the parties will have to weather a storm of their own making.

Little could we have imagined that just days after union members ratified the contract, another dispute of epic proportions would erupt, immediately sending labor and management back to their respective corners, ready to come out swinging. And swing they have.

On Nov. 21, the BART board voted to officially reject a family leave provision in the union-ratified contract, calling the inclusion of the provision accidental, and noting that at an estimated cost of between $5.8 and $44.2 million, the agency could not afford to live with the mistake.  The unions cried foul and set off speculation about whether the 200,000 San Francisco Bay area commuters would again have to endure a strike. As the unions consider their options, it is clear to us that the parties are back to business as usual, and sadly that is continuing toward what looks to be building into full-blown intractable conflict. In such cases, the parties are more interested in their side “winning,” shaming the other side, pointing fingers and blaming.

If, on the other hand, the parties had taken a more constructive approach long before the whole negotiation debacle began and worked at building professional, mutually-beneficial relationships, they would be better positioned to sort through this conflict. They would be seeking a middle ground solution that would balance BART’s fiscal realities with the union’s obligation to secure favorable wages and  benefits for its members, while enabling both parties to signal their respect for the collective bargaining processes they have agreed to. Above all, they’d be much closer to getting back to focusing on the real business of providing service to the commuters who rely on them.

Unfortunately, looking at the current climate, our Winter forecast calls for a protracted cold spell, with sporadic heated debate, deep-seated conflict and legal wrangling, producing continuing uncertain conditions contributing to growing dissatisfaction from employees and customers. This will leave in its wake damaged reputations for the unions and BART management and increasingly strained relations between the two.  Only with leadership, and recognition that pursuing a different path is the only sensible choice, will a Spring thaw and the opportunity to rebuild become possible.

Anyone see it differently? We welcome your comments.

Cathy Wright is a partner and Vice-President at Overland Resource Group, which has 30 years of experience helping organizations improve operational performance and quality of work life through increased employee engagement and labor-management collaboration. She can be reached at c.wright@orginc.com.